We can’t believe these claims are real…. But they are!

We have declared September “Claims Month” here at Rivers Insurance. Claims are an area of insurance that is often misunderstood, confusing and stressful. If you have to make a claim on your insurance it means something unexpected and negative has probably happened.

So whilst we will be sharing some of the serious sides of it, we also wanted to share some funny stuff too. Because we all need to have a laugh, especially when times are unpredictable. So hold on for the ride as we share some real-life insurance claims (yes they actually happened) starting with this livestock owner in Devon, England.

1. A Devon livestock owner made a claim after he managed to lose his phone inside the rear end of one of his cows while assisting calving on a dark and stormy night (he was using his phone as a torch). The phone eventually reappeared but no longer worked properly and his insurance company paid out in full.

3. An Italian woman’s wedding took an unexpected turn when her hand-made wedding dress went up in flames after she stood too close to a barbeque. Thankfully her quick-thinking husband threw her in the sea to put out the blaze but while the bride was fine, her dress was ruined and the insurance company paid out 50% compensation.

5. A pair of children thoughtfully buried their parent’s video camera in the sand to make sure it didn’t get stolen while they went for a swim. Unfortunately, they did too good a job and forgot where they buried it. Good job this was covered by their parent’s insurance!

6. A Christmas shopper was driving home when an oncoming car with a Christmas tree badly tied to its roof took a turn too quickly, causing the tree to launch straight into his bonnet. This left a big dent and even more damage ensued as the driver hit a hedge while attempting evasive action. Not only did the victim of the flying tree receive a full payout but they also got to keep the tree as its owners never came back for it.

7. It’s not just flying Christmas trees that can cause damage to cars – sometimes flying Smurfs is just as bad! Another motorist had a similar shock when a flat-bed lorry with a carnival float on the back (consisting of a giant fiberglass Smurf and a wooden house) took a corner too quickly and the float came detached, rolling off the lorry and onto his parked car while he was still inside it. This resulted in a very strange insurance claim but a successful one nonetheless!

8. A British holidaymaker visiting Athens broke his nose after walking into a bus shelter. He claimed the cause of his accident was the unexpected appearance of a group of bikini-clad women and that this had distracted him. His insurers agreed that this was sufficiently distracting and paid out in full.

9. A pair of shoppers accidentally attempted to park their cars in the same parking space at the same time. While they just about pulled this off without causing an accident, they quickly discovered the hard way that two does not go into one when they realised that they were packed in so tightly that they couldn’t drive back out again, or open their doors to get out. The fire brigade had to rescue the hapless motorists in front of a large crowd that had gathered but thankfully their insurance covered everything (except the embarrassment).

10. A couple on holiday in Malaysia got caught out by the local wildlife when some cheeky monkeys stole their clothes, leaving a trail of dresses, t-shirts, and underpants all over the nearby rainforest. It might surprise you to know that ‘theft by Monkey’ was covered by their travel insurance and they were covered.

If you want to get a personalised insurance quote and avoid accidents like these, then contact our friendly team HERE

We have shared several times the benefits of using a… 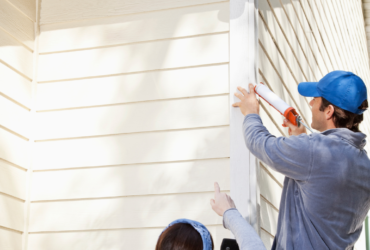 Why poor property maintenance can impact your insurance

You might be mistaken for thinking that just because you…

Impacts of illness on your family

When someone has a major accident or life-threatening illness, the…